Friends, this boy was begging to be published so i am complying, i had to move several times to get the angle where both wing tips are in focus and the background is blurred enough not to be confusing.  Did I succeed? til Tomorrow MJ 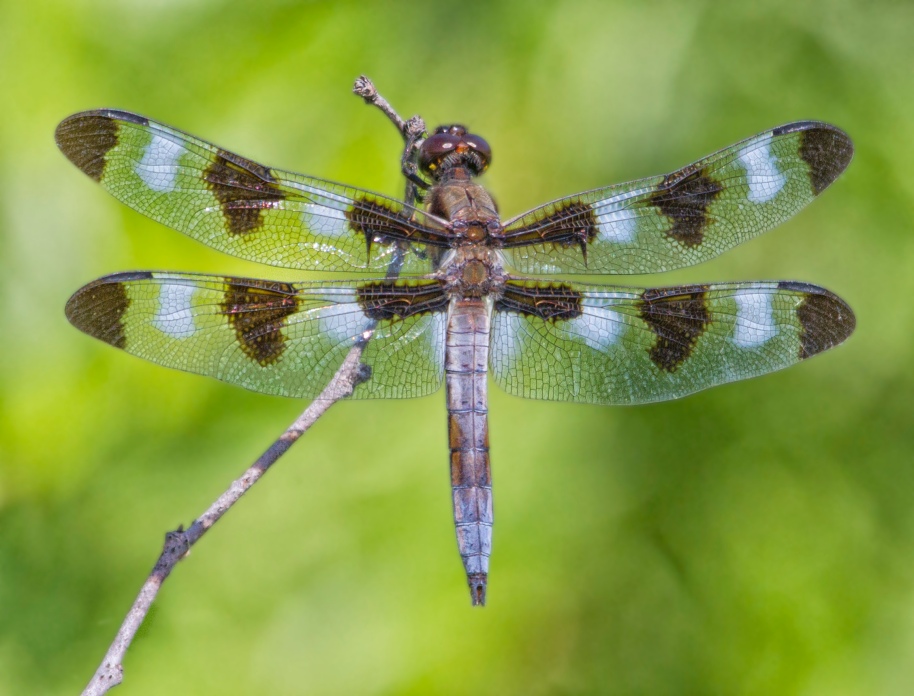 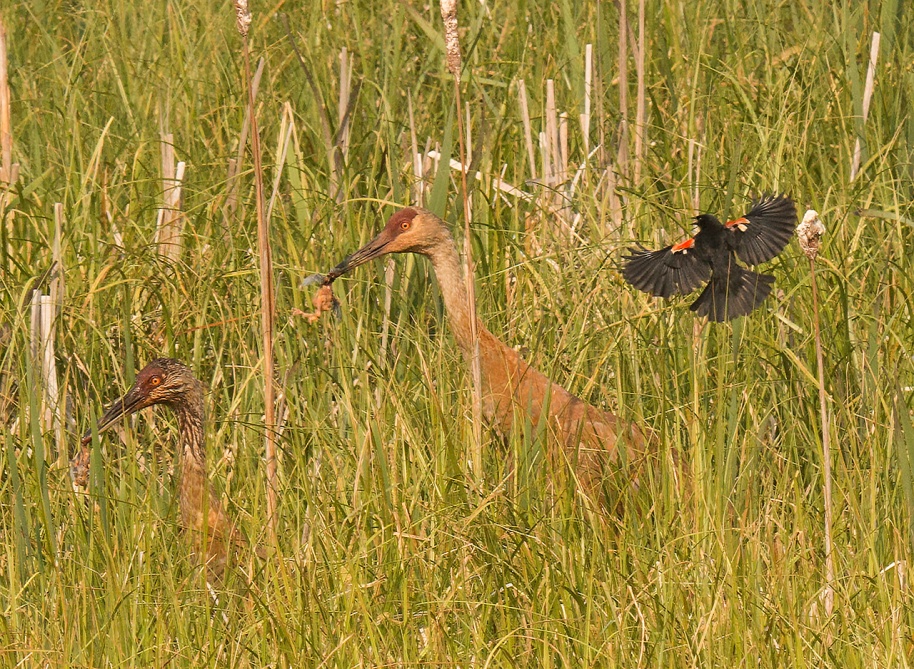 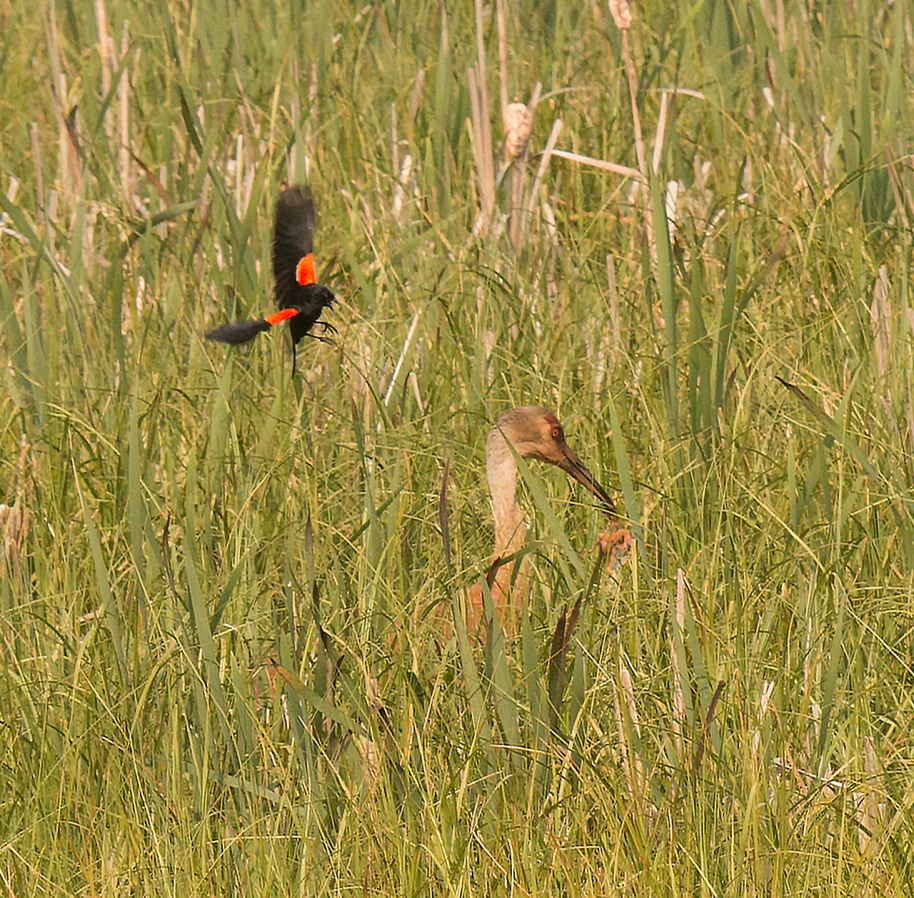 Dear Friends, i always think of our Sandhill Cranes as gentle giants roaming the wetlands in search of food.  I never thought of baby Red Winged Blackbirds as a food source.  These young cranes were being harassed by the adult Red Wings as the cranes plucked the babies from the nest.  The male red wing bird is definitely in attack mode but the sandhill has his lunch.  Red wings are not in short supply here and predation is common as they nest on the ground. til tomorrow MJ 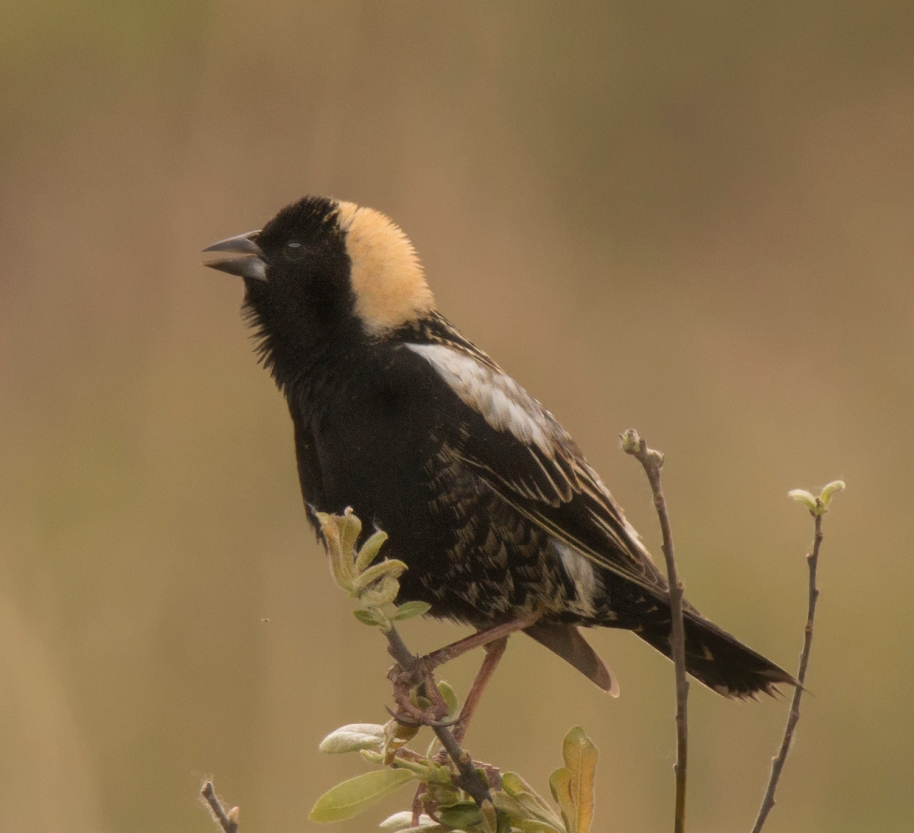 Dear Friends, this male bobolink sings from a small bush in Necedah National Wildlife Refuge in central Wisconsin.  We went there to see the spring Whooping Cranes but they were all too far away for good pictures, so we settled on the smaller birds.  The red-headed woodpecker is not hard to find here and they nest in the refuge, one of them nests very close to the visitors center. til Tomorrow MJ

Dear Friends, this dancer is pausing to check out the photographers hiding in the blind clicking away while he and several of his buddies dance for the one female who appeared on the lek.  We counted 28 males and 1 female on this beautiful sunrise morning.  Why the black and white? The white balance at this time of morning is very orange, so am trying the black and white.  Do you like ?  til Tomorrow MJ 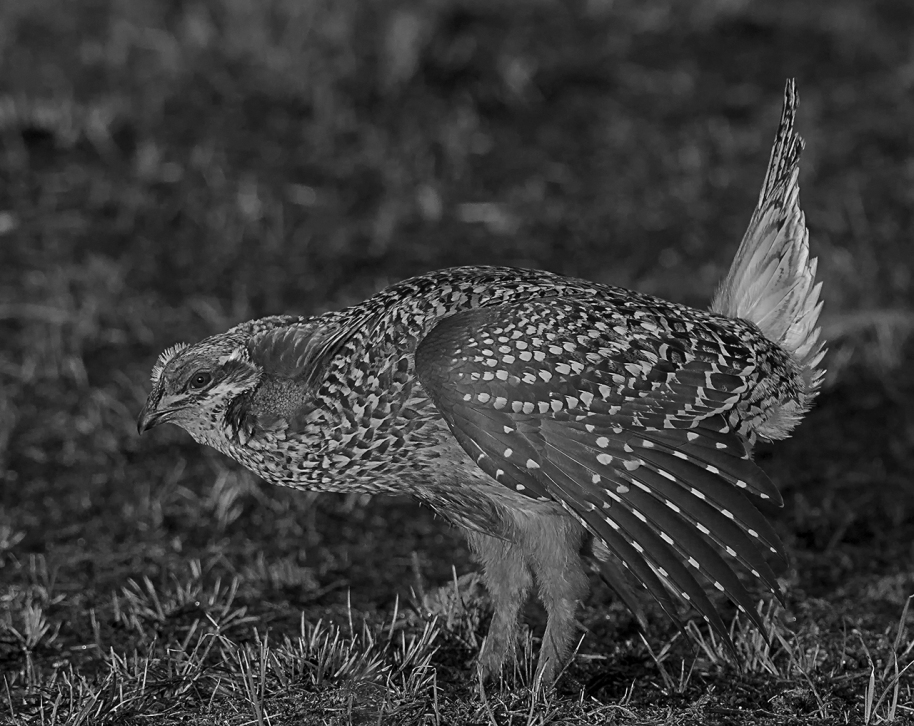 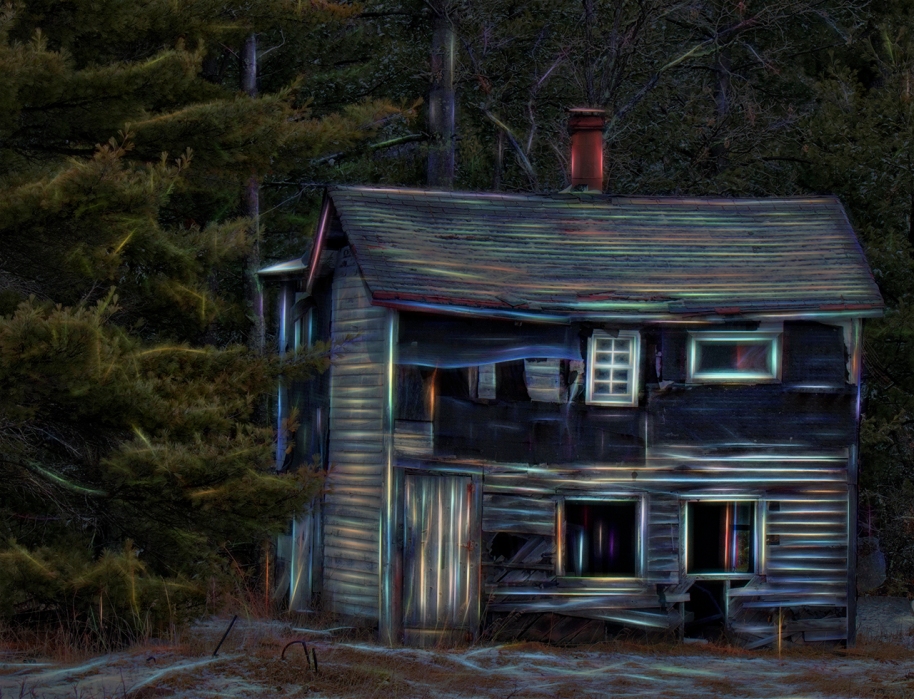 Dear Friends, during a recent snowstorm, i ran across this old building (house) and it didn’t make a first impression when i tried to process it, but after i got Topaz Glow filter, i tried.  I like the treatment of the glowing wires, do you like?  another experiment to teach me something new, til Tomorrow MJ

Pasque Flowers in the Wind

Dear Friends, this group of pasque flowers (a wild crocus) was blowing in the strong winds of Crex Meadows.  I was experimenting with the multiple exposure setting on my camera, this was five exposures in a single frame and photoed as the wind moved the flowers around, I liked how the greenery was multiplied and emphasized the fuzziness of these plants.  til Tomorrow MJ

Afternoon with the Yellow Rumps 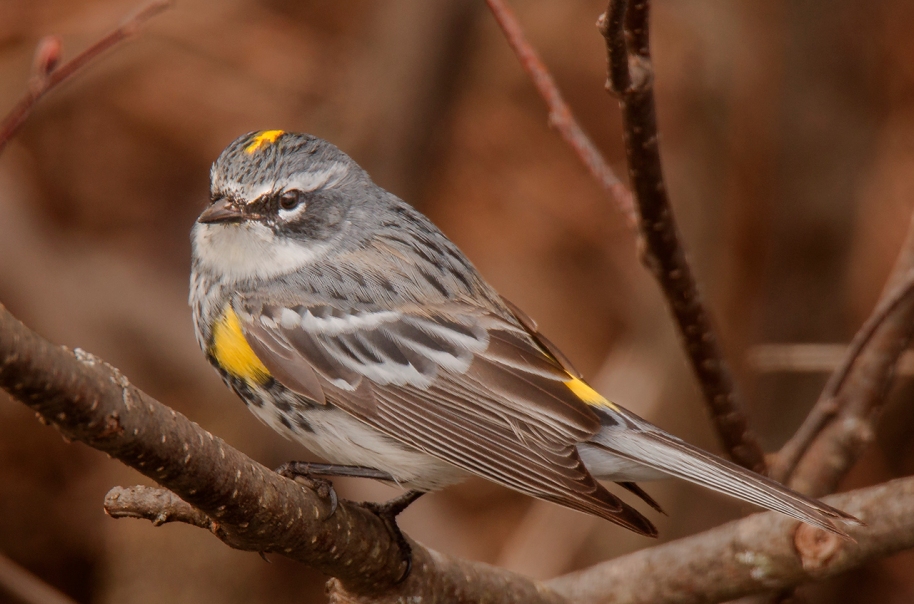 Dear Friends, yesterday we were again in the sharp tail blinds and after downloading all the images, i went to crex to see if i could get lucky, have to do your homework in the spring.  Since a few flies had hatched, i thought it was time to look for warblers and sure enough, these yellow dumped warblers had returned to the northland.  They move very quickly and after 90 minutes of fast shooting, i went home exhausted.  This little male was busy protecting what he perceived to be his territory and was chasing off one female while allowing another to remain, he had clearly made his choice.  til Tomorrow MJ

Dear Friends, our second morning on the Namekagon Barrens Sharptail Grouse Lek was warmer than our first morning, 47 degrees F and lots of sun.  The male birds were dancing furiously and herding the females.  I think the males have a control issue as they need to move the female, but when she stops, all the male birds around the lek, freeze in their dancing position and don’t move a feather until she moves again.  Curious behavior that we had not seen before, but never had six females on the lek before either.  The golden light of dawn makes this a really warm image, but that is the way it is, so enjoy til Tomorrow MJ

Morning in the Blind

Dear Friends, Wednesday was our first morning in the blinds of Namekagon Wildlife Area to watch the Sharp tailed Grouse dancing in the spring mating ritual.  Not our first ever morning in these blinds , but the first this year.  This male is almost in dancing position, but had stopped momentarily to give some verbal commentary.  The morning was lovely but chilly, lots of sun and soon the birds just laid down and soaked up the sunshine, most of the real dancing took place just before dawn before there was enough light to photograph.  Topped the morning off with breakfast with two friends from the cities then out to Crex to spend the rest of the day, perfection. til Tomorrow MJ

Afternoon with a Flicker 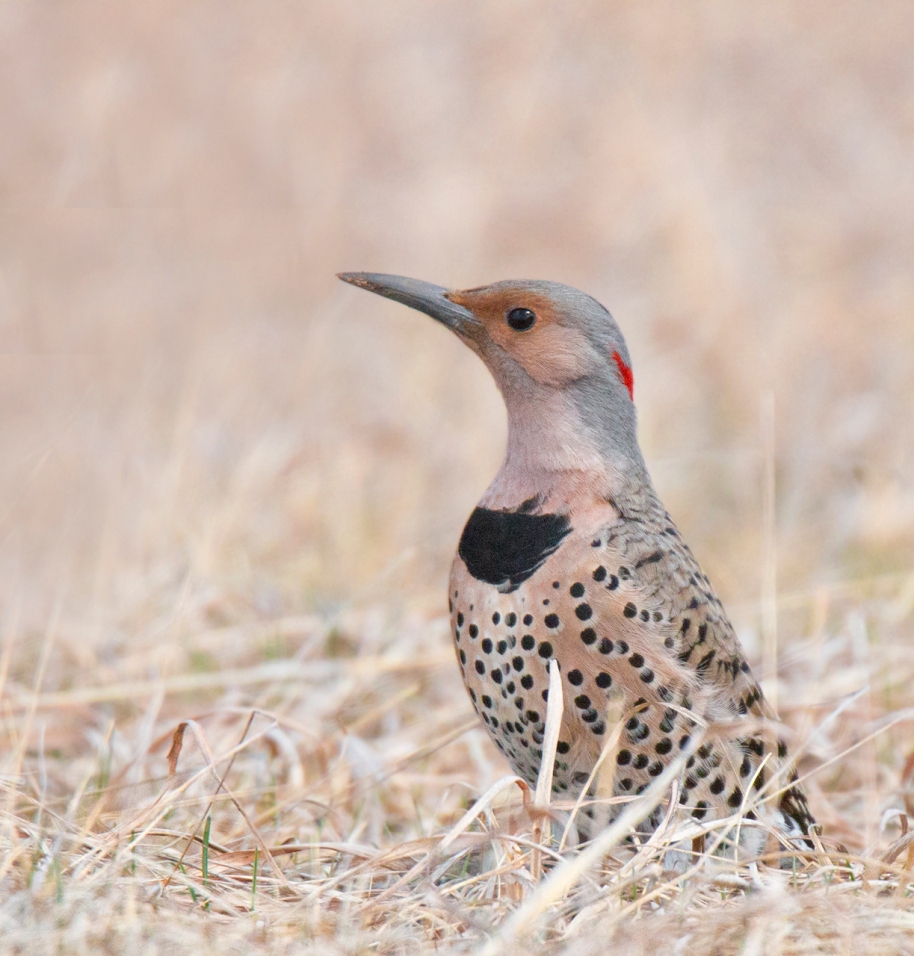 Dear Friends, spring has finally come to our northland and lots of outdoor activities to keep us outdoors.  This Northern Flicker kept me company for a couple of hours this week while i kept my eye on a fresh wolf kill to see if anyone would return to the crime scene.  When i first drove up i thought i saw a dog shape creeping away, but he did not return.  I liked the high key treatment to reflect the brightness of our early morning sun.   Excitement in the Crex Meadows as the ducks and other birdies are returning to find some nesting sites, til Tomorrow MJ